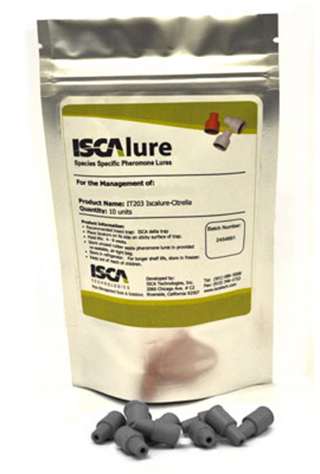 Recently declared an endemic pest, Fall armyworm (Spodoptera frugiperda) attacks over 350 commercial crops world wide. It is particularly attracted to crops like maize, sweet corn, sorghum and other vegetable crops. It has also been seen feeding on Bt cotton due to building resistance in South America. Cotton growers need to remain vigilant against this pest. It is believed that FAW will be an all season best North of the line from Geralton is WA to Bundaberg in Qld and a summer pest South of these growing regions. Monitoring should begin in the northern states all year round and in the Southern states starting in mid-spring. The Bucket traps are recommended for this particular pest due to their size and the high number of catches expected.